AND, for what it is worth, I loved the movie. It was exactly what I expected it to be which made it just fine by me. My favorite parts are the various Pretty Woman “homages”, including the bus stop bench that Anne Hathaway sits on in front of the Regent Beverly Wilshire (it doesn’t exist in real life and was also added for the movie Pretty Woman).

I’d have loved to have Hector Elizondo and Shirley Maclaine as parents. I can only imagine the person I’d have become (over and over again!)

Have you listened lately?
www.TheBaubShow.com

Tell him Bob sent you and he’ll take even better care of you. This photo doesn’t even do them justice. The base is a fabric lined box over 1 foot square. My office smells amazing and my heart is smiling. The Mister gets an A+ today!If you’re ordering flowers for someone (and you should just cause it feels almost as good to give as it does to get):

It is an honor to announce that Big Kenny will be calling into The Baub Show this Monday to launch his new passion project. Big Kenny will be releasing “Cry With You” for sale exclusively on his website this week. The single will benefit the Love Everybody Fund of the Community Foundation of Middle Tennessee and will raise resources to build the new “Walt Ratterman Children’s Creative Center, Clinic and Renewable Resource Institute” in Haiti. It will be available for digital download using Bandbox with tiered pricing from $1 – $100. Each purchase will go directly to creating the new green school, clinic and institute in honor of Big Kenny’s friend and CEO of Sun EPI, Walt Ratterman, who was lost in the January 12th earth quake that struck Haiti.

Written on January 3, a week prior to the quake. Big Kenny worked on “Cry With You” while planning his departure trip to Haiti to help search for Walt who was in the country working on several renewable energy projects at the time. It features a broad range of spirit and talent who came into The Last Dollar studio to track and complete the song while Big Kenny was away. It includes the First String Orchestra directed by Carl Marsh and recorded at Oceanway Studio the day prior to Big Kenny’s departure to Haiti, spoken word by Senator Bill Frist recently back from Haiti and Better Than Ezra members, Kevin Griffin and Travis McNabb, as well as many others.

Join Big Kenny and Become an Ambassador of Love!

You first fell in love with her as Juliet Burke on ABCs Lost three years ago and this season, the blonde Texas native transitions onto the networks re-imagining of 80s sci fi series V! Along with starring as Juliet on Lost, Elizabeth Mitchell has also appeared as Mrs. Claus to Tim Allen’s Mr. Clause in the last two installments of The Santa Clause trilogy. She’s time-traveled alongside the likes of Dennis Quaid in Frequency and played the girlfriend to Angelina Jolie in her portrayal of supermodel Gia in HBO’s Golden Globe-winning telefilm.

In this highlight clip from The Baub Show, Elizabeth catches up with her old friend, Bob Merrick and talks about her roles on Lost and V.

Questions? Stories? Jokes? Email them to thebaubshow@gmail.com and tune in February 22, 2010 at 7pm pst to hear if your questions get answered on the air!

Have you listened lately?
www.TheBaubShow.com 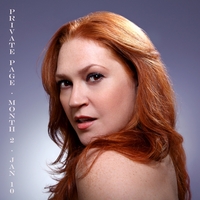 I urge everyone to check out Katie Thompson’s new version of Heaven is a Place on Earth. cdbaby.com

It is worth more than the 99 cents and supports a wonderfully talented friend of mine!

These clips highlight of our fun interview with comedienne Julie Brown. To listen to this interview in its entirety, visit http://www.TheBaubShow.com/archives.php