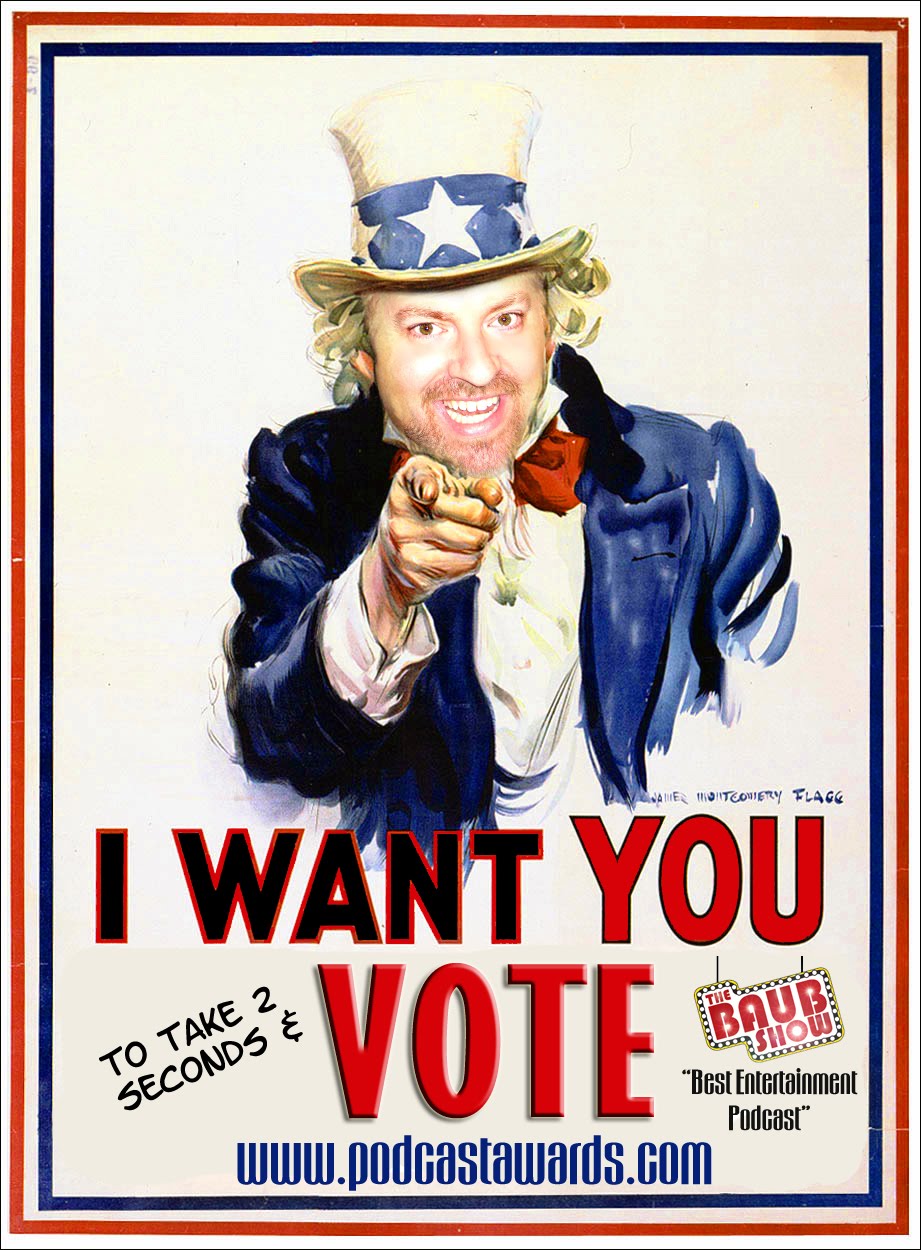 I’m so excited about this nomination and now I want to WIN! Your vote means the world to me! Just visit http://www.podcastawards.com then scroll about half way down the page and in the left column, I am nominated under Best Entertainment Podcast. Just click there and submit your name and email at the bottom (strictly to make it legitimate, you won’t be added to any lists). You may vote once every 24 hours! Oh, and PLEASE tell all of your friends and mailing lists!

So here’s the thing: I know I’ve been a little negligent here on Planet Baub and I am feeling a little guilty about it. But, I know my little blog will always be here as our relationship ebbs and flows like the tide. I haven’t had a lot of free time lately, and the time that I have had, I have been dedicating to another blog, The Baub Show.

What’s the difference you ask? Well, The Baub Show is my weekly internet radio show. It is my dream I’ve always had finally turned into a reality. Each week it is growing bigger and bigger as my audience expands and returns week after week. This week I had Anna Faris on and some former Big Brother houseguests. During the live broadcast, I had 1600 people listening! I couldn’t believe it! The week before I had around 1200 for Lance! To give some perspective, I had about 30 people listening during my first broadcast.

Now here is a little interesting statistic about that 1600 number. I think it is safe to say about 1% of those listening are my friends and family! Which means I am hitting a really great chord with strangers and future Baubles, but I need to figure out how to reach my own peeps! The biggest hurdle I am having is letting people know that if you miss the show live, it is still available to listen as a podcast on iTunes or even directly from the player on the website (just use the pull down menu that says “Previous Shows”). I figure if I can add a few of my friends and family to my listening list, I should be able to break 2,000 listeners in no time!

What suggestions do you have for me to get the word out? What can I do to get you listening? I have just made this little digital postcard. Feel free to share it with your friends and leave me a suggestion in the comments below.

On this week’s show I have Travis Wall from So You Think You Can Dance. Excited doesn’t even begin to describe how I’m feeling, but humbled is definitely a start. 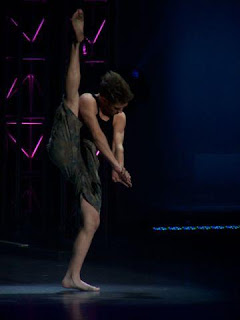 Click Here to read my very exciting news of the week… We have a brand new iTunes link with our new and improved sounding show! Just click http://itunes.apple.com/WebObjects/MZStore.woa/wa/viewPodcast?id=326264546 to be taken to the iTunes store where you can click subscribe and even leave a nice comment or two! Best of all, it is free to you and means the world to me!

We also have a new call in number, so if you’d like to be part of the show, be sure and use the new number in the banner found at thebaubshow.com. Be sure and check us out live tonight at a special time, 7pm PST as we go live with Reba’s Melissa Peterman!

(if you were previously subscribed, you will need to add this one, as the other podcast was featured on a different hosting site. I am working to get all of the old archived shows moved over)